The myth of the career woman 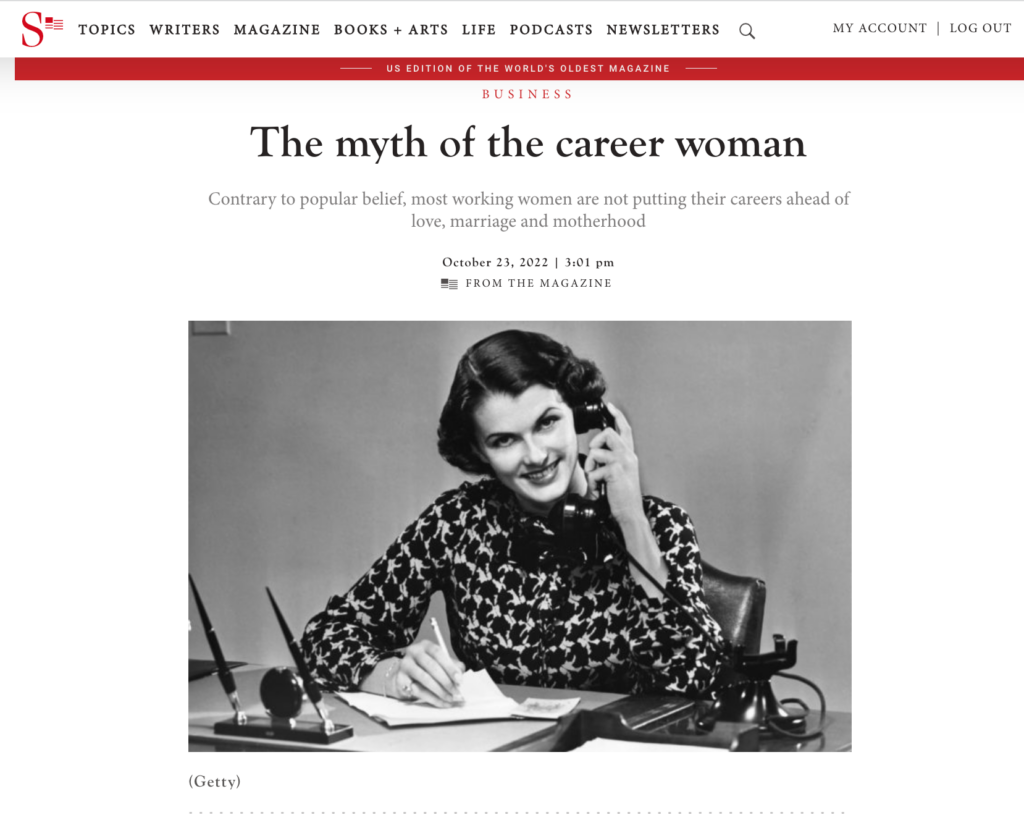 The myth of the career woman

Never mind that there are no “career men” — no one accuses a single, childless man of prioritizing career over love and family just because he’s single and can pay the rent. But women are made to wear this label — though I have yet to meet a woman who has declined a date with a guy she’s interested in because she’d rather be on a Zoom call.

While college-educated women are settling down and having children later than was once the case, the “career woman” is mostly a mid-century myth, an outlier like Mad Men’s Peggy Olson, who belongs to a time when women went to college to earn their “MRS” degree. Young women who didn’t go to college, or didn’t find a husband at the fraternity mixer, were heralded in Helen Gurley Brown’s Sex and the Single Girl and encouraged to take advantage of the thrills of youth and independence before the responsibilities of marriage and motherhood. But it wasn’t long before second-wave feminism informed young women that there was no need to move on from the carefree, childfree life. Marriage and motherhood were aspects of patriarchal oppression, they warned, designed to keep women tied to the home. And so single ladies kept careering on, epitomized by just about any female lead detective, attorney or doctor on television then and now.

Read more at The Spectator World